Leadership is desired by many, the challenge of leadership different matter.  In 3 Joh nwe encounter an Elder, Gaius who is a fine example of what leading with love looks like. Here it is addressed as part of my series of messages for the Radio program “The Grace Hour” which comes on RJR94FM every Sunday morning at 7.15 and is produced by the Missionary Church Association in Jamaica.

My first impression as I read through 3 John, our penultimate one chapter book for this series, was that there is really nothing new under the sun.  The beloved elder shows us here that love is not to be construed as weakness in the face of threats to its core nature.  Love chides and exposes. Again truth is tied to love and truth equally chides and exposes untruth.

Whereas in 1 and 2 John Christological conflicts loom large and are rightfully engaged we find an internal threat to the body of Christ in 3 John.  The first two letters celebrates truth that unties all disciples of Jesus, the 3rd letter laments the petty rivalry arising out of selfish ambition and vain glory that  pits Christian against each other.  John addresses this letter Gaius an elder worthy of imitation, who appears to have had pastoral responsibilities at the church encouraging him to lead the way in establishing a culture of openness, hospitality and benevolence to the travelling missionaries.  In an unusual note of sternness, he displays the reproving side of love as he confront the disruptive nature of the ultra vires brand of leadership that Diotrephes had embarked upon. He calls it out for what it is in no uncertain terms.

I think it may be safe to say that were it not for the oft quoted and greatly twisted second verse of this book by the prosperity gospelites not many in the body of Christ would even know its existence in the canon.  I want to read that verse as rendered by the amplified Bible and ask us to simply hear the heart of love from John towards his colleague minister.  This is preceded of course by the opening, “The elderly elder to the beloved Gaius, whom I truly love”  It is abundantly clear that what follows is directed at Gaius “Beloved I pray that you may prosper in every way and that your body may keep well, even as I know your soul keeps well and prospers.”   It is mind boggling to me that this has scattered abroad telling persons that this is addressed to all children of God and that this is what God was saying to all of us.  Persons who have been experiencing the cuts and bruises and the kicks and stones in the crucible of life have been told that their faith is weak and there may be sin in their lives because this verse tells us God’s will for his people.  Think about this: Many Christians would be desperately ill if their physical health was instantly in the same state as their spiritual health.  I am in no way arguing that God is not interested in His people experiencing shalom nor am I suggesting that any human being cannot model John in expressing such a prayer for one that they love. What I cannot fathom is the intellectual, theological and hermeneutical sophistry that has been engaged in to haul this verse out of its context.  .  It is exegetical madness to see how some people stretch descriptive Biblical passages into a prescription to support their pet theology.

The very return of John to his truth theme from the second letter makes the position of the prosperity teachers crumble.  The third verse exposes the basis on which John could pray such a prayer and why he was so convinced that Gaius’ soul was prospering.    It is because this elder was faith to the truth.  John had consistently received glowing reports from those who knew the man that his life was marked by sincerity and fidelity, he says “indeed you live in the truth.”  This, John says was his greatest joy.

Those of us who follow the Jesus model of discipleship will share with John.  At verse 4,  “I have no greater joy than this, to hear that my children are living their lives in the truth.”   John  then continues to sing the praises of this brother, “Beloved it is a fine and faithful work that you are doing when you give and service to the brethren and especially when they are strangers.”    These missionaries who had experienced first hand the warmth and magnanimous embrace of John return to testify publicly of his love and friendship.  Among those were the Apostle Paul[1] no less. This, dear friends, is the context of John’s prayerful wish for elder Gaius.  This is how John defines a prospering soul.  What we can safely argue is that this is the kind of deportment that ought to characterize the followers of Jesus. That we be rooted and grounded in truth and love.  That our lives would spread everywhere the fragrance of truth faith which needs no pulpit, no bullhorn, no stage and a mic but yet has a force of change that cannot be contained. 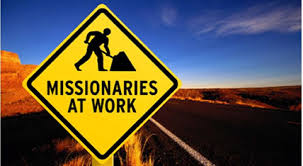 This letter holds up for us to see the value of Christian hospitality, particularly to travelling missionaries and messengers of the Gospel.  There was a time when persons would be tripping over themselves to host such visitors.  What does it say about our love affair with our property that itinerant preachers and missionaries today are relegated to hotels and guest houses?  What does the God who increases our wealth think of us when we fail to use these in the advancement of His work as shown by how we treat His messengers?  The way we use our resources in the service of God’s people speaks volumes about where our treasure really is.  There is a tremendous joy and fulfillment that comes from serving those who are on the forefront.  John indicates in verse 8 that in doing so we become fellow workers in the truth and cooperate with its teachers.

John’s passion that this church incarnate love and truth by among other things hospitality to travelling preachers would not allow him to dismiss the divisive and potentially deadly actions of Diotrephes.  It would appear that his ego had gotten the better of him, his thirst for power caused him to land on the side of the enemies of truth and love.  It is frightening some of the evil ways in which the drug of power can cause us to act.  Yes John considers Diotrephes’ actions as evil.  Since leadership is so critical we will return to this bad example of a leader. For now though we prayer consider John’s imploring “Beloved, do not imitate evil but imitate good,. He who does good is of God; he who does evil has not seen God”

2 thoughts on “Leading with love”